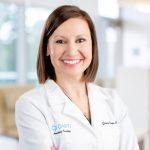 ABOUT MISTI COKER
Misti Coker is the president of Personal Pep Rally, an Arkansas-based nonprofit with a mission to educate, motivate and encourage cancer patients and their families. Coker’s relationship with CARTI began in 2016 when her then 33-year-old son-in-law was diagnosed with esophageal cancer. Coker joined him for many appointments throughout his three-and-a-half-year cancer journey, which ended in January 2020. She was also a member of the Heat the Seat Fundraising Committee that raised funds to purchase new heated infusion chairs for the CARTI treatment clinic in Stuttgart. Coker is a survivor herself, having been diagnosed with malignant melanoma. She is the author of ‘Game On’, a collaboration of information from cancer patients, caregivers, family and friends.

ABOUT KELLEY ERSTINE
Kelley Erstine is the chief executive officer at Independent Insurance Agents of Arkansas. He previously served as chief of staff at the University of Central Arkansas in Conway, where he also served as interim president for nearly two months in 2017. Erstine’s relationship with CARTI began in the early 2000s when he helped organize the Yvonne Richardson Golf Tournament. Today, Erstine is the son of a patient currently being treated at the CARTI Cancer Center in Little Rock.

ABOUT CINDY VANVECKHOVEN
Cindy VanVeckhoven serves in the tax area of the Little Rock practice of Landmark CPAs. She joined Landmark in 2006 after spending much of her career with Ernst & Young and a regional public accounting firm. Cindy provides tax planning and compliance services as well as accounting services and consulting to a diverse client base including manufacturing, retail, farming, and service industries. She also has extensive experience working with high-net-worth individuals and closely-held businesses. VanVeckhoven’s relationship with CARTI began in 1994 while working for BKD, she served as CARTI’s acting controller for five months. Since then, she has supported the organization financially and looks forward to growing her involvement.

The complete slate of board members for FY22 includes: